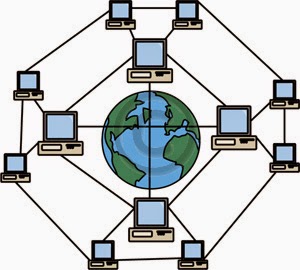 "Net Neutrality" - an alliterative phrase that sounds mostly harmless but encompasses the idea that the data on the Internet is treated equally, regardless of source.  Basically, net neutrality means that Internet providers don't get to say how you use your bandwidth.  It's similar to the concept that the electric company can't impose rules on how you use electricity and the telephone company can't censor who you call.

But Internet providers want to control the bandwidth to promote their own interests.  For example, Comcast throttled their own users' Netflix access during contract negotiations with Netflix.  Because so many Internet providers are also content providers - think AT&T U-verse, Comcast, and Verizon FIOS - these companies have a vested interest in slowing down their competition while maintaining speed on their own websites.

Currently, the FCC is asking for comments on the situation - and we need to act.  The FCC has the power to categorize broadband and the Internet as a Title II service, which would neatly bring the Internet under current law.  But Internet providers are fighting this classification tooth and nail, spreading misinformation about net neutrality and promising not to misuse their power.  Sadly, at least two different Internet providers are already misusing their powers - that's why this is coming up now.

For a good recap on what's happening, I recommend this clip with John Oliver.


To act, just go to fcc.gov/comments and click on proceeding #14-28.  This takes you to a form where you enter your name and address, then your comments.  If you're not certain what to say, I suggest something like:

Please protect the American people, and classify Internet service as a common carrier service under Title II.  We need to keep the Internet available to everyone at the same price, and prevent unscrupulous businesses from abusing their power to throttle bandwidth to their competition.