While Dr. Alfred Binet conducted his research, he stressed the limitations on IQ testing.  Dr. Binet believed that intelligence was not fixed, but malleable, able to change with environmental variables.  He also believed that testing needed to be created for and conducted on children from a similar background to get accurate results.  But even then, his tests only showed one aspect of intelligence, and did not represent a full view of a child's intelligence or abilities.

Unfortunately, not everyone listened to Dr. Binet.  Three groups in particular stand out in this regard:  the U.S. Army, Ellis Island officials, and the Eugenics Record Office.

At the onset of World War I, the U.S. Army faced the colossal task of placing scores of recruits in various positions.  In 1917, psychologist Robert Yerkes chaired the Committee on the Psychological Examination of Recruits, where he and fellow committee members created two different IQ tests for recruits:
By the end of WWI, over 2 million recruits had been tested, and either marked as cannon fodder or officer material.  Click here if you want to see a sample of the WWI IQ tests.

After WWI, the Alpha and Beta tests migrated from the army to Ellis Island, where incoming immigrants were tested.  Records show that whole swaths of people were denied entry based on IQ testing, without anyone taking into account the variations in social backgrounds between the immigrants and the test creators.  People erroneously developed stereotypes based on these tests, such as immigrants from Poland being "dumb", and an attempt was made in Congress to pass laws that weed out the feeble-minded from the rest of the immigrants.

But the worst misuse of IQ testing, in my opinion, was that by the Eugenics Record Office.

Founded in 1910, the Eugenics Record Office attempted to categorize people by genetic traits in order to "guide human evolution".  The founder, Charles Benedict Davenport, believed that "the general program of the eugenicist is clear - it is to improve the race by inducing young people to make a more reasonable selection of marriage mates; to fall in love intelligently. It also includes the control by the state of the propagation of the mentally incompetent."  In other words, Davenport believed in the forced sterilization of those who he determined were mentally incompetent.  And Davenport used IQ testing to "prove" his claims of feeble-mindedness.  Now, it is possible that Dr. Davenport did not understand how the IQ testing worked, that it did not measure intelligence per se.  But as a Harvard graduate and rather intelligent man himself, I believe he chose to overlook these problems when utilizing IQ tests to determine whether the government would remove a fundamental biological function from people he already deemed mentally incompetent.

Raise your hand if you have ever watched a B-grade movie where the villain turns out to be a pawn.  At the very end of the movie, sometimes even after the credits roll, a silhouette of a man appears, sometimes smoking a cigar, remarking that the loss of the villain is only a minor setback; the plan still thrives and continues.

That's how I feel about the shooting of Trayvon Martin.  George Zimmerman is the movie villain, but he is in the end the lesser evil of the situation.  The Greater Evil is more ominous, more hideous, hiding behind shadows, using talking heads to disseminate diversions to the public in order to cover up its true nature.  And the Greater Evil is working overtime at the moment.

First, it tried to use the Stand Your Ground law to exonerate Zimmerman, but public outcry at the fact that Zimmerman instigated any confrontation soon made that untenable.  Then it tried to use self-defense, but again that particular tactic does not seem to have a mollifying effect.  So it switched to attacking Trayvon Martin, spreading rumors about his supposed marijuana use at school and even blaming the incident on his hoodie.

The Greater Evil produces fear mongering, sowing new crops of terror at every turn, until the mere present of a young, black man spooks an older man into calling 911 and acting as a vigilante.  For that matter, the Greater Evil produces the atmosphere where a vigilante feels justified in his actions.  Property and material goods suddenly carry more worth to the general public than a human life.  Requests for personal liberty slam into accusations of "If you don't have anything to hide, why do you care?"   And if you even think too loudly about protesting or happen to be near a protest (regardless of your involvement), police show up at your proverbial door and try to intimidate you into silence.

Sadly, the fate of George Zimmerman means nothing in the end if we do not work against this Greater Evil.  Worse, Trayvon Martin's death will be in vain.  But what are you willing to sacrifice, what are you willing to do to stop this infection in our society from claiming another innocent life?
By Katfrog at March 27, 2012 No comments:

Before we proceed to comparing the theories of multiple intelligences to the standard IQ tests, I believe a little history lesson is in order.

The modern intelligent quotient (IQ) test began in the early 1900s.  France passed a law requiring school for all children during this time, but the French officials worried about how much money to put into the system.  Specifically, they worried about slow learners.  This is where Dr. Alfred Binet and his team enter the picture.  Dr. Binet agreed to help the French government.  To get around the problem of testing pre-literate children, Dr. Binet used three criteria for his tests:
Soon, Dr. Binet and his team noticed that while the majority of children performed the tasks within one standard deviation, some children performed the tasks on par with children either significantly older or younger.  They created a formula to describe this phenomena:

Note that this gives you the "quotient" part of IQ.

Dr. Binet multiplied the resultant number by 100 to get rid of the decimal.  So the first formula for IQ was

The scientific community latched onto Dr. Binet's work as ground-breaking in the arena of measuring intelligence, something that had not been done before.  But Dr. Binet stressed that his tests were limited in their scope, and that further research needed to be done.  Dr. Binet died before this research was completed, but several scientists took over, continuing his research and evolving the test to what we have today.
By Katfrog at March 26, 2012 No comments: 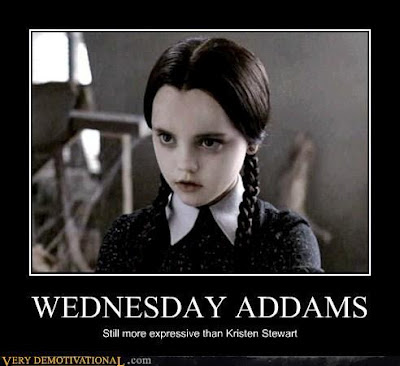 Petition to Restart LFTR Research in the Government

I don't usually do this, but I am asking you, my readers, to please read and, if you agree, sign the petition to the White House about resuming research into the LFTR  (pronounced "lifter") project.


LWRs need to be large enough to justify the expenses of the water cooling systems, and the high pressure containment systems.  This translate to a definite minimum size for profitability.

In terms of waste, let me quote some numbers for you:

In theory, LFTRs would produce far less waste along their entire process chain, from ore extraction to nuclear waste storage, than LWRs. A LFTR power plant would generate 4,000 times less mining waste (solids and liquids of similar character to those in uranium mining) and would generate 1,000 to 10,000 times less nuclear waste than an LWR. Additionally, because LFTR burns all of its nuclear fuel, the majority of the waste products (83%) are safe within 10 years, and the remaining waste products (17%) need to be stored in geological isolation for only about 300 years (compared to 10,000 years or more for LWR waste). Additionally, the LFTR can be used to "burn down" waste from an LWR (nearly the entirety of the United States' nuclear waste stockpile) into the standard waste products of an LFTR, so long-term storage of nuclear waste would no longer be needed.  (From  http://energyfromthorium.com/lftradsrisks.html)

In the mid 1960s,  a research group ran a liquid fluoride thorium reactor, using the equivalent of a light switch to turn it off every Friday evening and back on every Monday morning.  But the government shut down the project after five years and never resumed funding.

Because the Department of Defense provided the funding for nuclear research, and LFTRs don't produce weapons-grade plutonium.  In our race for weaponry, we stopped funding the better answer to energy production because it did not help the Cold War.

And now we are paying the price.  If we had LFTR technology, we could give it away to every country in the world that wanted nuclear energy.  The U.S. would be able to go to Iran and say, "Here, we have the answer to your energy problems.  We'll be good neighbors and help out." instead of politely threatening them to stop their nuclear research.

If we had LFTR technology, we could shut down the coal mines and coal plants.  Instead, we could open up thorium mining, and produce clean energy.  We would not be reliant on gas or oil from other countries to heat our homes in the winter and cool them in the summer.  We would be self-sufficient.

So please sign this petition, and maybe we can change a small part of our world.

My Thoughts on Rush and His Rants

Yes, I know that everyone and their Uncle Tom are talking about Rush Limbaugh and his incredibly messed up rants about Sandra Fluke.  But I want to point out a few things: 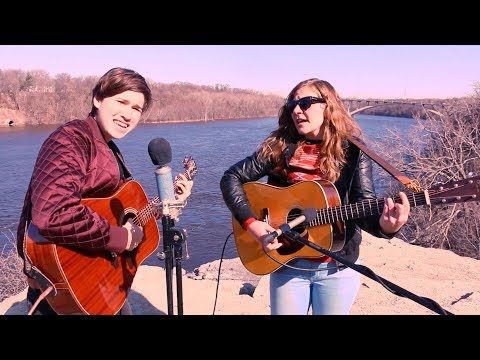