What Happened to Mental Health Reforms? 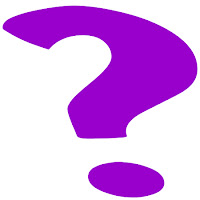 Guns, gun buyers, Bill of Rights, background checks, NRA, ... The current news cycle screams these terms at the average readers daily, as people in Washington D.C. debate what's fair, what's unfair, how to protect the Second Amendment vs. how to protect society.  I won't even get into the lobbying done by the NRA, an activity that muddied the already black waters surrounding this topic.

All of this leads me to wonder - what happened to reforming our mental health systems?

So making changes related to guns and school security will not prevent the next shooting, because there was nothing wrong with these in the first place.  What might have changed the situation is if the shooter had adequate mental health care.

So why is no one discussing the lack of decent mental health care?  Why do we focus on guns and locks when they are not the problem?

I know that focusing on guns is in a lot of ways easier that discussing mental illnesses, because passing a new gun law is a quick solution that does not necessitate big changes in society, does not cost unknown amounts of money, and does not effect the majority of citizens.  But the easy solution is not even a temporary fix, since the problem does not actually involve guns.

But neither a person nor a government can legislate changes in societal attitudes, demanding equal treatment from the masses.  And that is why the government appears to be closing its eyes, plugging its ears, and singing loudly and out of tune to itself when asked about changes to our mental health care systems.

We need to stand up, and actively start treating people with mental illnesses as normal.  We need to teach our children not to be afraid of someone different, whether that difference is skin color, religion, sexuality, or mental processes.  We need to lead our own revolution against this problem, or we will be burying more people who only needed a little bit of understanding and empathy, as well as everyone they kill.
By Katfrog at May 17, 2013 No comments:

TorrentFreak wrote an article about the Vatican pirating movies and such, including a few that appear to be pornography.

Blooded by Amanda Carlson
My rating: 4 of 5 stars

This novella forms a good foundation for a new series of books based in a world of mixed gender supernaturals, but only male werewolves. Only male, that is, until Jessica is born to one of the strongest Alphas in the world.

This story picks up after Jessica turns 19. She's been living with werewolves her entire life, a life filled with rejection, anger, and fear from the other werewolves who think that her birth signals the end of their race. Jessica wants to leave home and start out a new life on her own, but her father worries about her safety.

I like how the author, Amanda Carlson, creates the characters. Their voices ring true, with personality and individuality in every one. I also like how Ms. Carlson deals with the action and violence in the story, giving the reader enough information to visualize what's going on without getting too detailed.

The one thing I would change is the description of the setting. (view spoiler)[ When Jessica is fighting in the lake, I never get a good sense of where she is until the very end. (hide spoiler)] I think that Ms. Carlson needs to work on giving a bit more detail in the setting.

Overall, though, I give this book four stars.

Paypal Subscriptions - Do you know what you've subscribed to?

Last week, I cancelled an account with an online merchant, and they kindly told me that I needed to cancel my Paypal subscription.  After a little reading in Paypal's help pages, I found what I was looking for and more.

I did not realize that I had several companies set up under "My preapproved payments", a list that includes subscriptions, automatically billed payments, and installment plan payments.  On top of the subscription I needed to cancel, I found Big Fish Games, which I assume was set up when I bought one game from them, Sears Holding Company, and a few other companies.  I immediately cancelled everything that I didn't actively want, and decided that I would check my preapproved payments lists more regularly.

If you're wondering what you've authorized as a "preapproved" payment, you can follow these instructions. 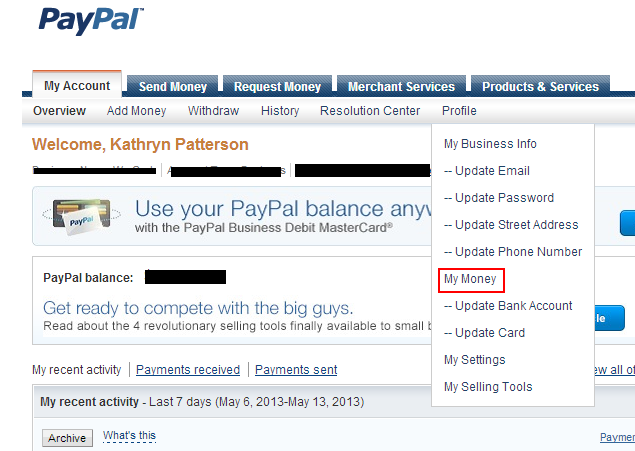 4. At the bottom of the screen, you'll see a list of all your preapproved payments.  You can filter the list by the status of the payments.

5.  If you want to change a payment from Active to Inactive or Cancelled, click on the name of the business. 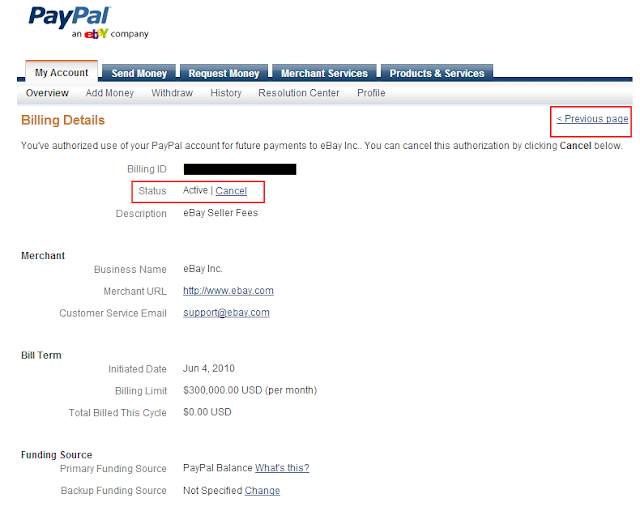 When this webpage loads, change the Status by clicking on Cancel.  You can use Previous Page to return to the list.

I love Portal, the video game.  I love how a small game sold as part of the Orange Box grew up to be a big powerhouse in the video game industry.  I love the concepts, the fact that the player learns how to navigate 3D physics, the weird plot, and the songs.  Oh, and I love how the cake is a lie.

I am not alone in my love of this game.  Lisa Rye, known as Risachantag on deviantArt, drew several pictures from  Portal in a steampunk universe (inspired by the fact that Portal was created by Valve on Steam).  While I could wax eloquently about these pictures, I will instead show you what a fantastic (and fantastical) artist Ms. Rye is.

In addition to making art, Risachantag also wrote creative stories around the pictures.  So if you have a few minutes, it's worth going to her website and reading up.
By Katfrog at May 10, 2013 No comments:

Side Effects of Social Media

I already posted about how a child obtains a digital footprint from his or her parent's postings.  But I want to expand on that theme.  What happens when an otherwise regular person gets their 15 minutes of fame on the Internet?

For the very young, there is a possibility of little to no repercussions.  For example, there is a famous YouTube video called "Charlie Bit My Finger", wherein a toddler boy named Charlie ends up biting his older brother's finger.  It's cute, and it has over half a billion views.  But the video is several years old, the boys are much older, and I assume that they can walk down the street without random people shouting out to them.

But then there are all the cases where a person screws up, gets their name plastered over the Internet, and has to live with the infamy basically forever.  The woman who drove her car on the sidewalk to avoid stopping for a school bus?  Her name is Sheena Hardin, and I wonder how comfortable she is living in Cleveland now.  The football players who raped the girl in Ohio?  They will need to change their names if they want to get a job, because let's face it - who'd knowingly hire rapists?  And there is no way an employer wouldn't know, because even though both boys are juveniles, a quick Internet search for their names will bring up the past for every employer who looks.

I am all for spreading information and knowledge through the web, as well as keeping informed as to the events going on around me.  But what happens to people who screw up but can never get a second chance because they will always be remembered?  How do we, as a society, handle this situation?
By Katfrog at May 08, 2013 No comments:

On Monday, April 22, Kiera Wilmot and a friend decided to try out an experiment they heard about from YouTube, mixing aluminum foil and toilet bowl cleaner in a plastic water bottle at their school, Bartow High.  The chemicals reacted and caused the top to pop off, producing a popping sound and a little smoke.  Just an average 16-year-old high school student attempting a science experiment.

An assistant principal walked by, saw Ms. Wilmot, and the story goes downhill from here.

In a moment of utter stupidity, the assistant principal accused Ms. Wilmot of creating "explosive devices" on school property.  That moment cascaded into an avalanche of stupidity; now this bright young girl is facing a minimum of 10 out of school suspension, a possible expulsion, and possible felony charges.  The legal system in Polk County is even debating whether to try her as a juvenile or an adult.

The Polk County school district has a publicly stated mission:  To provide a high quality education for all students.  You would think that a high quality education would include encouraging students to learn on their own, to explore the world around them, to take chances and get messy.  After all, memorizing facts does not a good education make; critical thinking and creativity do.

Yet when a student tries to take a chance, take risks, get messy, the school fails in a spectacular fashion, not only losing a great teaching moment, but also punishing said student for wanting to learn more, take chances, and get messy.

And when the public learns about this colossal screw up on the part of the school system?

Instead of admitting that they overreacted, the school system issued a statement about "students making wrong choices" and the consequences of those choices.  What about the consequences of the school district making mistakes?  What about the authorities who arrested Kiera Wilmot and booked her at the Polk County Juvenile Center?  Will any of these adults own up to their own "wrong choices"?

Sadly, I doubt it.  But that doesn't mean I will sit idly by while this young woman gets railroaded.  And I hope you feel the same way.

First, there is a petition on Change.org asking the state attorney to drop the charges against let Kiera Wilmot.  I signed this petition, and I encourage you to sign as well.

Second, you can contact the Bartow High School principal and the Polk Country School superintendent and ask them to use their own common sense and let Kiera Wilmot come back to school to finish her junior year.  Their contact information is: