Do You Believe in Magic? Some Senators Do 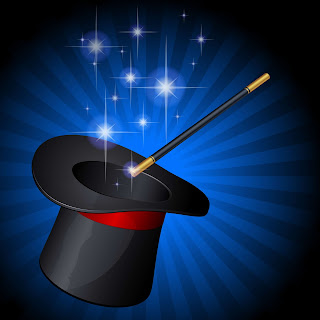 Yes, folks, these men believe in magic, and want to officially recognize such.

While dreams of wands and lightning bolts danced in my head, I looked up this particular resolution, and I have to admit I wholeheartedly support magic as an art form and national treasure.

You can read the entirety of the resolution here, but I am quoting the end of it here:


Whereas magic is timeless in appeal and requires only the capacity to dream;

Whereas magic transcends any barrier of race, religion, language, or culture;

Whereas magic has not been properly recognized as a great American art form, nor has it been accorded the institutional status on a national level commensurate with its value and importance;

Whereas there is not an effective national effort to support and preserve magic;

Whereas documentation and archival support required by such a great art form has yet to be systematically applied to the field of magic; and

Whereas it is in the best interest of the national welfare to preserve and celebrate the unique art form of magic:

In the midst of all the name-calling, penis-measuring, and violence of the election, I find this resolution refreshing.  Maybe I've watching a bit too much Penn and Teller, or maybe I've read too much about Harry Houdini.  But I firmly agree that magic does open up new views of the world and helps people dream.

Have a wonderful weekend!

Email ThisBlogThis!Share to TwitterShare to FacebookShare to Pinterest
Labels: humor

This story actually begins last December.  On the fourteenth, a resource officer (i.e. a police officer)  for Sidney Lanier Middle School in Fairfax, Virginia heard about "threatening Instagram posts" and decided to investigate.  Okay, I agree that it's his job to investigate threats.  He goes on the website and finds this:

“meet me in the library Tuesday”


The officer interviews students; he then decides to do an emergency request to get the IP address of the Instagram account.  And this is where I think our system breaks down.

That message is not a credible threat; the Fairfax School System spokesman actually said that they didn't find the message a credible threat.  Now I agree that this is not a happy message.  But I could easily argue it's neutral in terms of emotional content instead of negative.  I could also easily argue that the emojis represent anger or indignation, not a threat but a statement of feeling.

If the officer truly believed that he had to do something about this Instagram post, then I think he should have spoken to the school's guidance counselors or to the girl's parents.  But the legal system is not the place for this child to be, and the court system has neither the time nor resources to deal with such nonsense.

Now a young girl might be traumatized from being arrested, is embarrassed about the entire situation, and is emotionally worse off than she was before this resource officer decided to make a mountain out of a mole hill.

We need to stop the insanity of thinking that every picture of a gun is a threat.  People, especially children, are allowed to feel angry and to express that anger in an appropriate manner.  And emojis are definitely an appropriate manner because they are little pictures that express emotions.