The Legacy of Fred Phelps Sr. 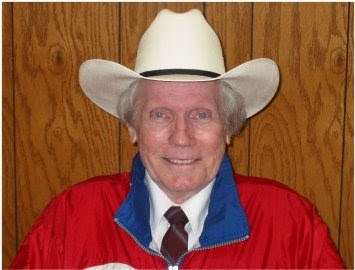 News emerged this past week from Kansas - Fred Phelps Sr. of Westboro Baptist Church (WBC) fame is dying. After 66 years serving as a minister, 58 years leading his own primitive Baptist church, 23 years of leading public protests, acting as one of the subjects of 2 BBC programs (The Most Hated Family in America, 2007, and America's Most Hated Family in Crisis, 2011), parodied by Kevin Smith (Red State), and disbarred from practicing law, Phelps now lays dying in a hospice bed, excommunicated from his church and repudiated from some family members.  The excommunication came last August, when Phelps wanted to offer more kindness to church members and the church elders disagreed.  The repudiation is ongoing, as some of Phelps' children left the fold to heal from years of alleged violence and beatings. (Alleged only because no one has pressed charges.)

Yet this man, who enthusiastically spewed hatred and angry rhetoric at every opportunity, leaves behind a legacy not in the form of the WBC (which we all hope will soon fall apart without Phelps).  Instead, Phelps leaves behind the Patriot Guard Riders, a group of motorcyclists who act as an honor guard at funerals.  He leaves behind Respect for America's Fallen Heroes Act and the Honoring America's Veterans and Caring for Camp Lejeune Families Act of 2012, both of which set up boundaries for picketing military funerals.  Phelps leaves behind communities of people who might never have met or become friendly had they not needed to protect themselves from the WBC.  In the path of his hatred, people learned to be kind to one another and help one another.  By seeing his example, some may even have learned tolerance towards others.  That is Phelps' real legacy, the love and kindness created by communities in response to the WBC, the increased public support of gays and lesbians everywhere.

In light of this legacy, I will not be picketing Phelps' funeral or memorial service.  I only hope that we remember our tolerance and kindness from now on, and that society doesn't need another Fred Phelps Sr. to show us what happens when these attributes are lost.