Windows 10 and the Missing DLL 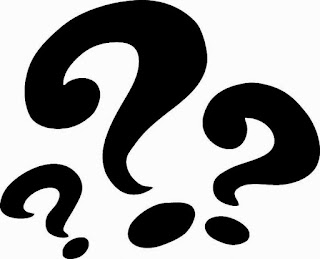 I upgraded my desktop computer from Windows 7 to Windows 10 this past weekend.  To be honest, I debated a long time both internally and with my husband before deciding to upgrade, especially because Microsoft doesn't have the best reputation with the latest release of Windows.  But we bought our kids new computers for a combined Christmas/birthday present this year, and both kids are running Windows 10.  So I knew I needed to run Windows 10, if nothing else then to be able to answer questions and help trouble shoot if anything went wrong.

The upgrade was surprisingly easy.  Part of the ease is the fact that I have a solid state drive (SSD) to hold the operating system and a 64-bit CPU (this becomes relevant later).  SSD blow away regular hard drives, otherwise known as spinning rust, in terms of speed.  That means that each reboot only took a minute or so, instead of 4 to 5 minutes.  Plus, Microsoft managed to make the installation less painful, though not entirely pain-free.

After organizing my desktop, I started to install all the programs I use professionally or for play.  As I began to run some new games, an error message suddenly appeared on my screen.  'MSVCP120.dll is missing" the error screamed, though no solution magically appeared with the message.

So I turned to the Internet and googled for the filename.  Instantly, several websites turned up with the answer.  I needed to install the C++ Redistribute Package for Visual Studio 2013.  Okay, I tried that, but no luck.  I searched high and low, but everyone said the same thing.  And it seemed to work for everyone else.  Installing this one package answered took care of everyone else's problem.

Why didn't this work for me?

Then I struck gold.  Someone mentioned that regardless of the bit-size of your CPU, you need to install the 32-bit version of the package.  Huh.  I only installed the 64-bit version, because that seemed like the logical choice.  So I headed over to the website, downloaded the 32-bit version (it ends in -x86) and viola!  Everything works now.

This means Microsoft created a new version of this package but didn't include a key file in the 64-bit version.  Argh!  They were this close to actually getting something right.

I decided that the fix needs to be broadcast a bit more in the clear, so here it is.

If you are running Windows 10 and get an error message saying that MSVCP120.dll is missing, go to C++ Redistribution Package for Visual Studios 2013 and download vcredist_x86.exe. Your problems will be solved.