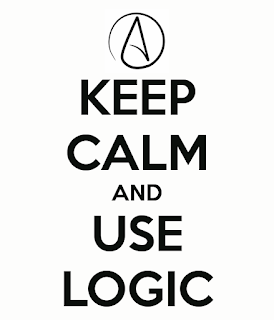 I first learned about logic and logic puzzles when I was in elementary school.  A friend of my father's gave me a book titled, "What's the Name of this Book?" by Raymond M Smullyan.  Here, I learned about truth tables, reading for details, and using logic to solve seemingly impossible situations.

Mr. Smullyan records a story from his youth, though I swear I've read similar narratives other places.  I want to share this puzzle now, and get your opinion.

On April Fools Day, a young girl played a prank on her older brother.  Filling the sugar bowl with salt (after first getting her mother's permission), she got him a cup of coffee for breakfast.  The brother added lots of salt to his coffee, and nearly spit out the contents when he tried to drink it!!!  He goodheartedly laughed at the prank, and then told his sister to watch out, that he would prank her later that day.  The young girl spent the day watching out.  She slowly opened all doors, drawers, and envelopes.  She only ate food that either she or her mother prepared.  And she stayed away from all the areas of the house where her brother tended to hang out.

By the end of the day, the girl felt frazzled, but triumphant.  As she went to say good night to her brother, she announced, "Ha!  You didn't get to fool me once today."

To which the brother replied,"You expected to be fooled or pranked, right?"

"But I didn't fool or prank you, right?"

"Therefore, I fooled you because I had you waiting all day for a prank that never happened."

The brother smiled and told his little sister good night.  But the girl couldn't get to sleep as she tried to puzzle out whether or not she had been fooled.    On one hand, she waited all day to be fooled and nothing happened.  But her brother claimed that by not fooling her when he told her he would, that he fooled her.  Only if he fooled her, then all her waiting was worth it because he did fool her so he didn't fool her.

What do you think?