Okay, no one likes getting the "Not Connected to the Internet" page.  So Google decided to make it a bit more fun in the latest version of Chrome Canary.

In earlier versions, they changed the notice to include a dinosaur.  I think it looks like a stylized tyrannosaurus rex. 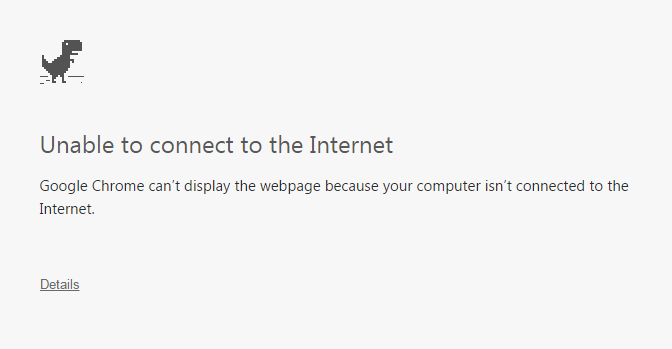 The dinosaur represents the time before the Internet, aka the Age of Dinosaurs.  (I laugh saying this as I too predate the Internet.)

But here's where the fun comes in.  If you hit the space bar, the page turns into a basic side-scrolling game.  The dinosaur runs along, and you have to jump it over cactus, using the space bar to jump.  The game saves your high score, so you can play multiple times if you want, though everything vanishes when you log out. 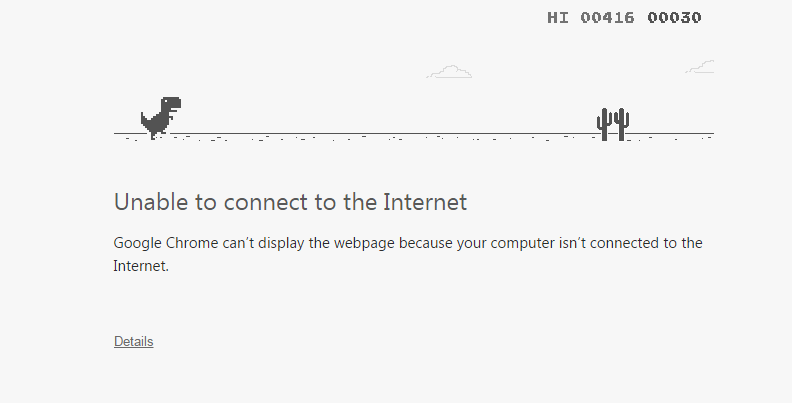 Here's a screenshot of me playing the game.  It shows my high score - 416 - and my current score - 30.  The game starts at a good speed, but ramps up as your score gets higher.

By the way, Chrome Canary is the early release version.  Google releases new features and whatnot in Canary, and whatever works gets released in regular Chrome.  If you are interested in running Canary, you can download the software at http://www.google.com/intl/en/chrome/browser/canary.html.