Movie Review: "Percy Jackson and the Sea of Monsters" 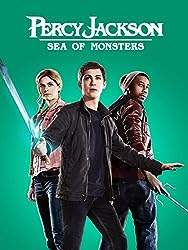 At my house, we have Family Movie Night on Saturdays. This past weekend, we watched "Percy Jackson and the Sea of Monsters" for the first time.  While the story in the movie only followed the main story in the book, as is wont with movies, the actors portrayed their characters well enough  that if I ever see who played Grover in another film, I will still consider him Grover; as with Clarisse, AnnaBeth, Percy, Luke, and Tyson.  Overall, I enjoyed the movie.

But a large part of my opinion comes from the fact that I read all of the books at the same time my children did, years ago.  When I discussed the movie with my husband, who never read the books, I discovered that his opinion was quite different.

The movie seems to assume that you, the viewer, know parts of the story ahead of time.  For example, AnnaBeth's life was dramatically changed by a group of cyclops, causing her to carry a blinding hatred of all cyclops around with her.  When Tyson (Percy's half-brother cyclops) shows up, AnnaBeth instantly hates him and wants absolutely nothing to do with him.  If you have read the book, the hatred is understandable.  But for those who haven't read the book, the hatred clashes with her established personality.  Partway through the movie, a quick flashback shows why AnnaBeth might not like cyclops, but the movie never really explains the situation.

Basically, the movie does not necessarily make sense to someone who has not previously read the book. 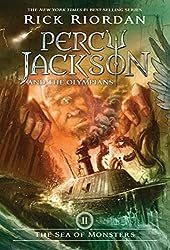 If you have to pick one, I suggest reading the book.  I admit, I am a bit of a book snob, preferring books over movies or other forms of media (e.g. graphic novels).  But the book covers the material in a more cohesive manner, making it the preference here hands down.