The Conundrum of Racial Profiling 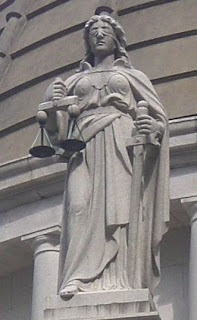 I must start out by saying that I, personally, have never been a victim of racial profiling. In fact, I might have benefited from reverse racial profiling occasionally since I'm white (for the record, my genetic makeup is over half Germanic, with Scottish and Irish thrown in for good measure). I believe racial profiling hurts everyone in a community, which is ironic since the people who use racial profiling firmly believe that the practice helps communities.

First, let me provide my own internal definition of racial profiling:


racial profiling:  the practice of law enforcement to use a person's ethnicity or race to determine whether or not to engage the individual (e.g. traffic stop)

I have a friend, Tiffany, who lives in a nearby community, Acworth, GA.  Tiffany and her brother get stopped by the local law enforcement about 2 dozen times every year for the same crime - DWB.

Never heard of DWB before?  Then chances are that you are white, because DWB stands for Driving While Black.

Tiffany and her brother always have the same conversation with the officers:


Yes, I live around here.  Yes, I have a driver's license.  No, you may not search my vehicle.  Why did you pull me over?  Oh, because you thought my brake light was out.  Wow - it seems to be working now.

They never get tickets, but they have gotten the message that the police do not like black people in Acworth.

That is problem number one with racial profiling - the practice leads the people who fit the profile feeling as though the local law enforcement is negatively biased towards them (which they are.).  That leads people to mistrust the police, causing a whole new raft of problems.


How does this hurt communities?  Yes, and here's how:
So why am I writing this post?  Why do I care?

I care because if we ever want this practice to stop, we all need to stand up and acknowledge the truth of what is going on.  Because I feel like I am silently condoning this practice if I do nothing.  Because I want my children and grandchildren to live in a better world, and getting rid of racial profiling would be a step in the right direction.