"Scientology. Lying to kids. Butt stars of Instagram.
Just a few talking points from a master of Zen." 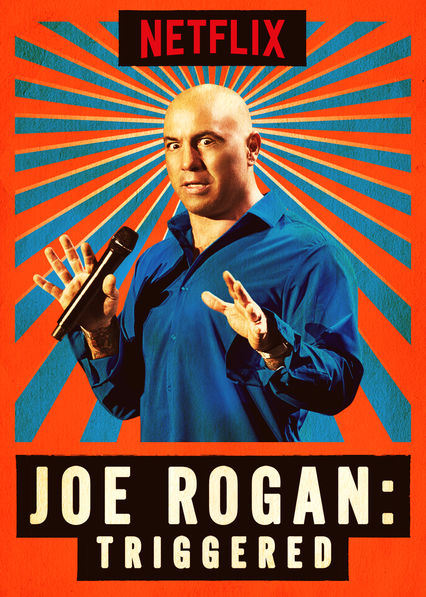 I admit, I used to watch Fear Factor.  I just could not get over people voluntarily eating cockroaches and worms.  Lying in a box with snakes?  No problem.  That doesn't sound too difficult, especially because I'm not afraid of snakes.  Jumping off a really tall object?  Any day of the week.  But the eating contests?  I would never have passed even one of those.

That was my introduction to Joe Rogan.  He ran the show, consoling the contestants who failed and high-fiving the ones who survived.  I liked his sense of humor and good spirit.  So when I saw that he had a Netflix special, I watched it.

And I got blown away.

Joe Rogan is funny.  He has the ability to make jokes about his life and laugh with you.  He relates his experiences to society in general in such a way that you find yourself nodding, agreeing with his observations while also finding the humor in the situation.

I think that might be Joe Rogan's greatest strength: his ability to vocalize the myriad of assumptions and thoughts that go through most people's heads at one time or another but which no one openly talks about.  Or rarely talks about.  And instead of sounding controversial or attacking, he makes it all into a shared joke.

If you have the time and access to Netflix, I highly recommend watching "Joe Rogan: Triggered".  You will come away with a laugh and maybe a new insight into the world.
Posted by Katfrog at 11/08/2016 10:17:00 AM