Yes, you read that correct.  This week, North Korea's leader Kim Jong-un decided to ban sarcasm because he worried that people only agreed with him ironically.  That is "according to reports" because we all know that he would never admit to such a thing out loud.

I'm caught between laughing and cringing at the absurdity of this latest edict.  It can be hard to tell the difference between sarcasm and sincerity so I wonder if this is just justification for killing more people.  I mean, it's not like people have a sign saying "Sarcastic!" pop up whenever they say something sarcastic.

This also reminded me of an early scene in the movie "Roxanne".  I included it here because, well, it's funny.

Donald Trump Might Get Kicked Off the Ballot in Minnesota 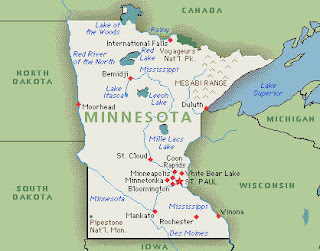 Now, the Minnesota Democratic-Farmer-Labor Party chairman Ken Martin is attempting to remove Donald Trump from the state's ballot using this error as his lever.  Mr. Martin filed a petition with the State Supreme Court asking for the Republican nominee to be eliminated from the ballot.

I have no idea what the State Supreme Court will rule; in all honesty the Republicans did not follow the law.  But I wonder if Mr. Trump will use this as "proof" that the national election is rigged.

This past month, the Journal of Parasitology published an article about a new type of parasite found in black marsh turtle and southeast Asian box turtle -  the Baracktrema obamai.  Thomas Platt, one of the article's authors and a now-retired researcher from St. Mary's College, admires President Obama and wanted to honor him.

The Baracktreme obamai joins the following other animals named after our current president: