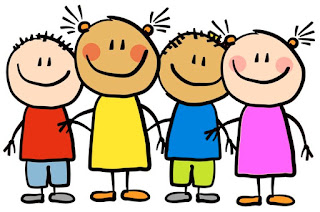 Say "No" to Codeine for Kids

The American Association of Pediatrics (AAP) released a report this month asking doctors and parents to stop giving kids codeine.  When I read this, I know my first question was - they give codeine to kids??

Yes, yes they do.  Codeine is used as a pain reliever and in prescription strength cough syrups.  So if a kid breaks an arm or a leg, sometimes doctors prescribe codeine.

The problem with codeine is that not everyone metabolizes it to the same extent.  You see, codeine is an inactive form of morphine that one of the body's hepatic enzyme systems activates.  This enzyme system is genetically encoded in 70 different alleles, each of them with three states: full on, half on, and off.  This means that there is a huge variance in how the enzymes work, and how codeine is metabolized.

On one side, you have a large number of people who don't metabolize codeine well, and therefore don't get relief from the medicine.  On the other side, you have people with ultra-metabolizing systems, who get more effect from codeine that expected from the dosage.

Either way, doctors and parents need to find other medications to solve the problem of pain or help a bad cough, because codeine needs to be out of the picture. 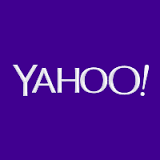 Yesterday, Yahoo announced that two years ago, hackers stole data from at least 500 million accounts.  And by data, I mean usernames, passwords, birth dates, telephone number, email addresses, and more.  This is the largest data breach in the history of the computers.

But wait, it gets better.

In the announcement, Yahoo officials stated that they think a "state-sponsored actor" pulled off the breach.  In regular English, that means another nation sponsored the hack.  That means some stranger or strangers out there in another country, potentially part of a foreign government, have had this information since 2014.


People Not Offended by Honest Mistake

I know that this doesn't sound like news, but it is.  Next month is the Jewish new year.  Every year, the U.S. Embassy in Tel Aviv sends gift to Israeli groups to honor this holiday.  This year, the groups included in the gift giving include one called Peace Now, whose purpose of establishing peace between Israel and Palestine includes disapproval of the Israeli settlements on the West Bank.

Unbeknownst to officials at the embassy, the gift baskets this year included a bottle of wine... made by a winery in an Israeli settlement on the West Bank.

They accepted the apology, accepted the gift basket, and returned to life as normal.  Let's hear it for people deciding to forgive an honest mistake.

Scientists at Curtin University in Perth, Australia have discovered a new underwater marvel - singing fish. Not just any singing, mind you, but choruses who hailed the dawn in a fashion similar to birds.

In a paper published this year, Miles J. G. Parsons, Chandra P. Salgado Kent, Angela Recalde-Salas & Robert D. McCauley discuss how they deployed sea-based noise logger to listen in for 18 months to the coast off of Port Hedland. They cataloged the sounds of several fish species, and noted a pattern of several fish singing together at certain times of day: dawn and dusk.

There isn't anything life changing about this news.  Honestly, I just like the thought of how many patterns we discover in nature, and how much more alike things are than we previously thought.