Mass Shootings - Not A Gun-Control Issue 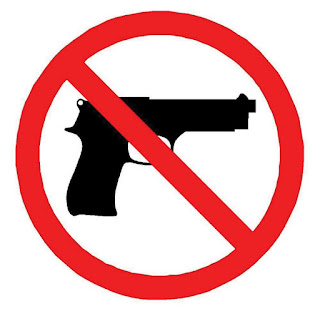 Over the past few years, there have been a plethora of mass shootings in movie theaters, schools, and wherever else a person felt like they needed to make a statement.  For the most part, I don't comment on these occasions, partially because of the already outrageous amount of media attention on the event and partially because I never really had anything to add to the public discussion.

The problem is the media attention.  If a person is feeling blue and wants attention, all he or she has to do is grab a gun and start shooting everyone for instant fame.  Suddenly, his name will be mentioned at least once an hour, every hour, for days on end.  Everyone knows all about the shooter's life, from infancy to death.  People might even make a movie about what happened.

For someone who feels so alone, overlooked, left out, or abandoned, creating a mass shooting seems to be the answer, the solution to those negative feelings.  Dying during the incident might even count as a bonus - you can live on in infamy.

So how do we stop the mass shootings?  I think the answer is easy.  Stop publicizing when one occurs.  If someone shoots up a school in Macon, Georgia, then no one outside of Macon needs to hear about it on the news.  The media needs to stop naming the people responsible for the shootings, need to stop listing the number of dead and injured, needs to stop making each incident into headline news.