Just Because You're The FBI Director... 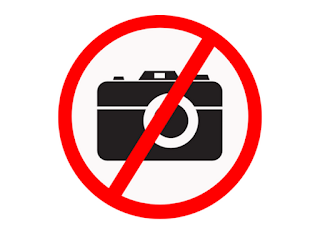 ...doesn't mean you can turn your wishes into fact through random announcements.  In fact, you need to show more integrity and more honesty because of your position, and respect the power of your position, not abuse it.

What am I talking about?  Last week James Comey, the Director of the FBI, made a few radical statement based on his opinion of a situation.  To paraphrase the man, he said that YouTube and the viral videos of police have caused a rise in crime nationwide, because local police feel afraid of being recorded.  This makes no sense, if you think about it.  How would "meek" police cause more crime?

What really bothers me is that Mr. Comey acts as if this is true, even though he has no evidence to support his statements.  And because he's the FBI director, I know that some people will believe him.  The position carries with it authority on the subject of crime, and Mr. Comey seems to be using that authority to slam people who record police interactions.  This year, more police officers have been investigated and found guilty for inappropriate behavior then that past few years combined, a fact partially due to the evidence collected by bystanders when a police officer gets out of control. But instead of brainstorming how to solve the problems in the police departments, Mr. Comey wants to stop the recording.

Of course, this is the man who admits to secret flyovers of Americans, using drone technology to secretly and illegally collecting cell phone conversations.  I don't think that American rights mean much to him.