Why do I call it that?  Because this week, everyone rocks!


"Last Week Tonight" host John Oliver tackles current events with truth, sarcasm, and a willingness to not only think outside the box, but to actually go outside the box.  This week, Oliver discussed the refugee crisis happening in Europe.  During this segment, we meet Noujain Mustaffa, a sixteen-year-old girl from northern Syria who needs a wheelchair because she has cerebral palsy.  Ms. Mustaffa acts as a translator for people because she speaks nearly perfect English, learning the language by watching "Days of Our Lives".


Hearing this, John Oliver contacted the show, told them about Ms. Mustaffa, and asked them for help with not only focusing attention on the plight of the refugees, but also to create something specifically for this special girl.  "Days of Our Lives" responded by having her two favorite characters reunite (the man was supposed to be dead), discuss the refugee situation, and mention Noujain Mustaffa by name.


John Oliver includes the clip at the end of his refugee segment, and I must admit I almost cried.  It is wonderful to see so many people work to make one girl happy.

For the past 80 years, Warner/Chapell Music claimed to own a copyright on the song, "Happy Birthday to You".  While they never even tried to enforce the copyright for private use, movies that used the song had to pay copyright fees, to the tune of about $2 million a year. 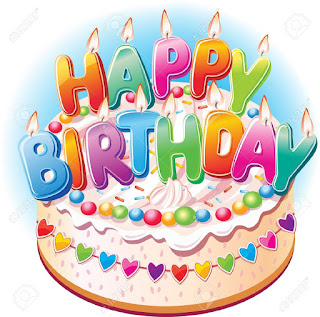 As the problems with climate change and pollution grow, several scientists are looking for new ways to create fuel, including a group of scientists in Belgium.  These people are studying panda poo for clues on how to use plant waste products, such as corn stalk, to create second generation bio-fuels.

Yes, I said panda poo.  Panda are genetically carnivores, but due to circumstances have adapted to eating bamboo.  The problem comes because panda's don't have an herbivore's digestive tract.  For example, cows have four stomachs; pandas have one.

So how do these black-and-white guys digest their food?

These scientists speculate that the panda has specialized microorganisms living in their digestive tract that break down plant material.  By collecting and studying the panda poo, they're hoping to identify the microorganism. 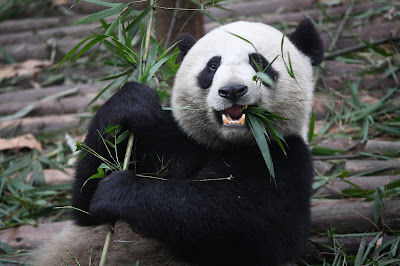 Engineers at Stanford University, collaborating with researchers in China,  published a pair of companion studies this month about mealworms eating Styrofoam.

Currently, the United States generates approximately 33 million tons of plastic trash annually, which includes 2.5 billion foam cups.  Most of this trash becomes pollution in our landfills and our oceans.  But what if we could convert plastics into biodegradable waste and carbon dioxide?

Enter the mealworm.  The larvae form of darkling beetles, the researcher fed a group of mealworms only Styrofoam for an entire month.  The worms not only survived, but thrived as well as the control group that was eating bran.  In the end, about 47.7%  of the plastic became CO2, 49.2% became fecal matter, and the rest was used to sustain the mealworm.

This study shows that we might have a way to contend with the massive amount of plastic in the Pacific Ocean, as well as all the plastics in our landfills.