Santa Claus, the man formerly known as Thomas Patrick O'Connor, won a seat on the city council of North Pole, Alaska, this week.   Mr. Claus ran as a write-in candidate, and received 58 votes to capture his victory.

Mr. Claus is a cancer patient, and he wants to set up a marijuana medical dispensary in town.  He also advocates for children's rights.


How Not To Put Out a Fire

Earlier this week, an unnamed man in Clay County, Missouri tried to burn trash in a field.  Only, he didn't clear out enough space so the brush caught fire.  To put out the unintended fire, he decided to do something unusual - he drove over the flames. 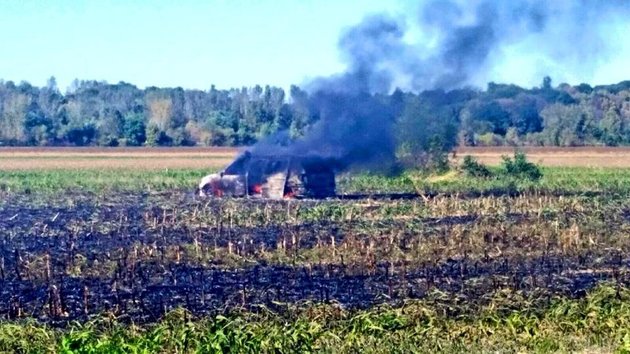 It didn't work out well.  The van's tires caught fire, then the flames reached the ammunition, and began to randomly set off the bullets.  After the police and fire arrived, both groups waited a safe distance away from the minivan until the ammunition stopped firing.

The lesson here:  Don't drive over a wildfire with a minivan filled with ammo.  It just doesn't work out well.

Personally, I was quite surprised when I first heard this news.  I mean, Playboy has become an iconic symbol for sexual freedom in America.  But I completely understand the reasoning; I just think it's ironic that the sexual freedom created by Playboy is now putting the company out of business.