Why We Need the Prime Directive 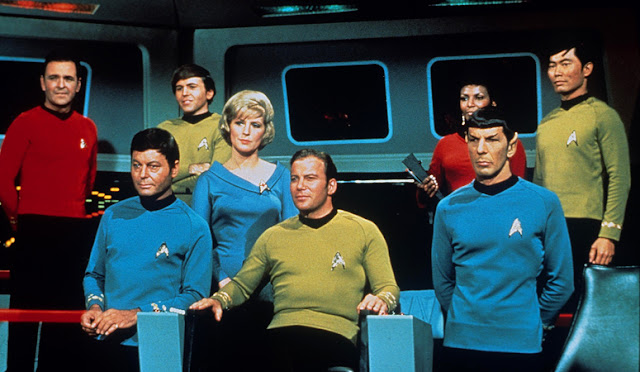 While the original "Star Trek" TV show seems a bit campy these days, the show actually broke many social taboos when it first aired.  The very first show had a woman as second in command, a black woman in charge of communications, and an American-Japanese man as the navigator.  The show presented a world where money didn't exist yet people still had enough,

"Star Trek" also introduced the Prime Directive.  Instead of describing this, I found the exact wording:


As the right of each sentient species to live in accordance with its normal cultural evolution is considered sacred, no Star Fleet personnel may interfere with the healthy development of alien life and culture. Such interference includes the introduction of superior knowledge, strength, or technology to a world whose society is incapable of handling such advantages wisely. Star Fleet personnel may not violate this Prime Directive, even to save their lives and/or their ship unless they are acting to right an earlier violation or an accidental contamination of said culture. This directive takes precedence over any and all other considerations, and carries with it the highest moral
obligation.

For example, we developed antibiotics to cure tuberculosis, and we gave those antibiotics to India.  But the Indian doctors haven't necessarily been through medical school, lack laboratory facilities, and lack the knowledge to use the drugs wisely.  Now, approximately 40% of India's population have tuberculosis; that means 480 million people are infected.  A lack of proper diagnosis and proper treatment has given rise to a new, drug-resistant TB, called XDR-TB, that can only be cured in about 30% of the cases.

In China, technology from the West comes in regularly without the accompanying wisdom gained through the development of said technology.  Coal ash falls like snow every year when they start the coal factories for winter.  The explosion last week in Tianjin happened because China has yet to build the infrastructure needed to safely move and store volatile chemicals.

In Africa, weapons from technologically advanced countries have turned previous stable areas into war zones, with whomever has the largest collection of weapons becoming the default leader.

I could cite more examples, but it all comes down to the U.S. handing over technology to people not prepared to handle it.  The biggest problems are heading our way, when the world's population reaches a few more billion and we don't have enough.  Not enough doctors.  Not enough food.  Not enough housing.  All because the U.S. spread around the means to grow enough food and improve the odds of a child living to adulthood, creating population booms in India, China, and soon Africa.

All for the lack of the Prime Directive.


"The Prime Directive is not just a set of rules. It is a philosophy, and a very correct one. History has proven again and again that whenever mankind interferes with a less developed civilization, no matter how well intentioned that interference may be, the results are invariably disastrous."
—Jean-Luc Picard, Symbiosis ("Quotes/Star Trek - Television Tropes & Idioms"