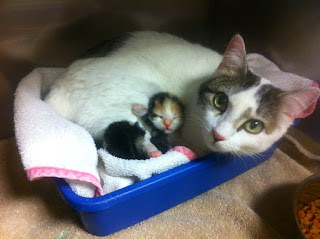 The drought in California has many expected side effects, mostly on water usage and farming.  But there are a few unexpected side effects as well.  On top of increased numbers of rattlesnakes, scorpions, and spiders, a rise in rabies, and a better chance to find Bigfoot, we now have.... 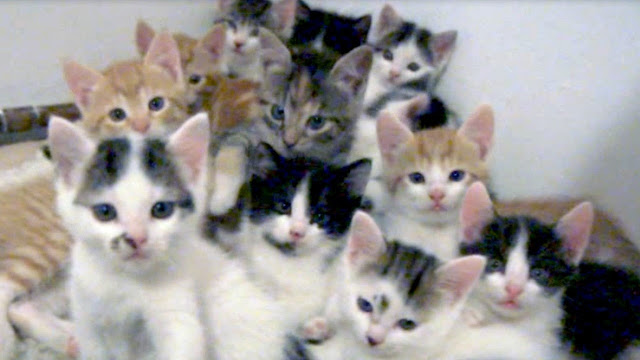 You see, cats are seasonal breeders, meaning they only mate during the spring.  But with the plethora of warm, spring days more cats have mated than normal.  Some of the animal shelters report a 30% increase in the influx of kittens.  The Silicon Valley Humane Society even sponsors a "kitten rental program" to help get all the newborn kittens fed and taken care of until they are old enough to adopt out.

The influx of kittens causes problems other than full animal shelters.  Cats are, as far as I know, the only species other than man that hunts for sport.  (Side note:  To be fair, man did train cats to hunt for sport, because we wanted to rid our structures of mice.)  The large increase in the number of cats means an increase in the amount of hunting done.  Cats are already listed in the top 100 worst invasive species.  In 2013, the Smithsonian Migratory Bird Center and the U.S. Fish and Wildlife Center released a study about the effects of predatory mostly feral cats.  It's a bit scary to read.

Each year, cats claim responsibility for the deaths of:


Researchers also believe that cats caused at least 14% of all modern bird, reptiles, and amphibian extinctions on islands around the world.

The 30% increase in cats and kittens leads to the question - how will this effect the eco-systems they live in?  Will the prey populations take a sudden plunge?  Then what?

Last week, a man died outside his house in Los Angeles.  The police decided to look in the man's house for clues as to why he died.  A logical step to do, if you ask me.

And what did these officers find? 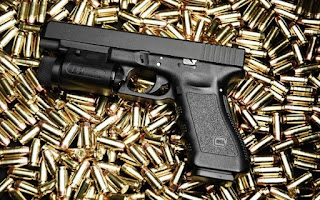 No, I am not jesting.  Someone collected over a thousand guns and over four thousand pounds worth of ammunition.  It makes me wonder - how did this man die?
Posted by Katfrog at 7/24/2015 04:50:00 PM