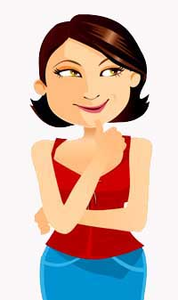 There are several changes to the feminism movement:

Or rather, I'd merge feminism with equalitarianism, because that would include everyone in the movement to social equality.

2. Stop the name-calling, insulting, and condemning of men.

There is a standard feminist saying that goes:  it takes one woman to do the work of two men at half the pay.  Many women chortle over this, laughing because of the insult to men, feeling superior by putting men in the inferior position.

Comprising about 50% of the population, men can be wonderfully supportive allies to women working towards social equality.  But only if feminists don't run all the men off with their insistence that all men are predators, pedophiles, rapists,...  Too much time and effort is wasted on putting men down, instead of trying to lift women up.  Not only is this unhealthy for men's mental health, it's also unhealthy for women's mental health.  This behavior is also counter-productive to achieving social equality, because it encourages conflict and aggressive posturing, not cooperation.

3.  Work on solutions for everyone, not just women.

I hear and read feminist as they rant that men should learn not to rape or abuse women or belittle women; and how women need to be protected since all women are victims.  This type of propaganda doesn't address a problem, doesn't pinpoint the origins of a problem, doesn't help men who have similar problems, and generally only causes strife.  Feminists need to stop with this overreaching blame and start discussions about what the real problems are, where these problem come from, and what we can do to fix the problems.

For  example, one of the big problems today is date rape.  A man and woman go out on a date, start to get physical, have intercourse.  In the morning after, the man thinks it was an incredible date.  The women wants to file rape charges.  What went wrong?

The current feminist answer is to blame men for wanting sex and never wanting to wait.  Or maybe saying that men don't respect women and don't respect the word 'no'.  Notice that all this blaming only puts men on the defensive, and doesn't sound like reality.

I think the problem begins in some unspoken social norms.  Society teaches men to be the aggressors, to be responsible for making the first move in all aspects of a relationship.  From the initial contact to determining if a woman is interested to planning the first date to initiating sex, the responsibility rests on the shoulders of men.  Society also teaches men that they must try to get sex as soon as possible.  To be honest, hormones also encourage men to reproduce with as many women as possible, but society reinforces this message.  In my opinion, the most damaging message to men is that they shouldn't just accept an answer of 'no' from a woman, that women secretly want men to push them for sex.

On the other hand, society teaches women that they are not allowed to enjoy sex and that they must say 'no' to sex even if they want to participate.  Society also teaches women that they need to dress sexy and alluring as a sign to men, a sign that the woman in question is ready for either a relationship or sex.   Finally, society urges women not to say 'no' if a man pushes for sex.  Yes, I know that this is a contradictory message; I never said that these messages were logical.  But women learn both that they must say 'no' and they are not allowed to say 'no' under differing circumstances. These messages cause internal stress and strife.

So here is what I believe is a typical date rape situation:
The big question here is did the woman really want to have sex.  She followed society's strictures, as did the man, but from the outside no one can tell if she actually wanted to have sex but said 'no'l the first time to fulfill the societal requirement to say 'no', or if she didn't want sex but tacitly agreed to fulfill the societal requirement to not say 'no'.

I think the fix to this situation is two-fold.  First, both men and women need to clearly state whether or not they want sex.  I would go so far as to say that women and men need to discuss boundaries before anything happens beyond a few kisses.  Dan Savage once said that gay men have to discuss what will and won't happen in bed because they have no social norms to follow.  Maybe we need to remove the social norms so men and women must also negotiate.

You'll notice that I include men  and women in this discussion, because everyone needs to be responsible for their actions.  And because  date rape is neither a female or a male problem, the solution needs to include both genders.

4. Stop treating all women as victims.

To be treated as a victim is to be treated as weak, helpless, and unable to handle yourself.  I am not a victim; neither is my mother or my daughter.  While life happens to everyone, women need to stop acting like and responding to life as victims, as too weak to defend ourselves.  Because we are strong; we are capable of handling life, getting through the tough times and enjoying the good times.

I also believe that if a person spends a lot of time feeling like a victim, that person will inadvertently become a victim.  Similar to the way some people are their own worst enemy, people who are victims set up scenarios where they can be victimized.  We need to discourage this mindset, not continue it.

Email ThisBlogThis!Share to TwitterShare to FacebookShare to Pinterest
Labels: feminism