Taxes, Taxes, Everywhere! But Not A Penny to Spend...

Tomorrow is the American Tax Day, a date when most Americans turn in their income tax forms with either relief (because they either owe little money or qualify for a refund) or dread (because they owe a LOT of money).  But it matters not how much you get back, the complexity of the forms and tax law creates a constant undercurrent of unease as questions whisper in the background:  Did I fill out the forms correctly?  What if the law changed?  What if I misunderstand and get audited?

The tax law is hard to understand and open to misinterpretation.  The IRS provides a tax guide for 2014, an almost 300 page publication that covers the basics of how to file taxes.  While I applaud the tax guide, I still think that taxes take too much time and effort for everyone, with loopholes galore for people with the time and money to find them.

The answer, I believe, is to redo the tax system and remove all the tax credits, deductions, and complicated law.  Instead, all employers should pay taxes for their employees with each paycheck.  Period.  No Tax Day of Reckoning.  No worry about filling out forms.  Nada.

The amount of tax to be paid needs to be based solely on income, with the amount owed determined by a set percentage for each level of money earned.  To explain this, let us first look at the following table.

Let me give you a few examples.  For these cases, we'll assume the Federal Poverty Line is $20,000.

Sue earns $30,000 as an administrative assistant.  Her tax bill would be:

Everett earns $87,400 as a computer programmer.  His tax bill would be: 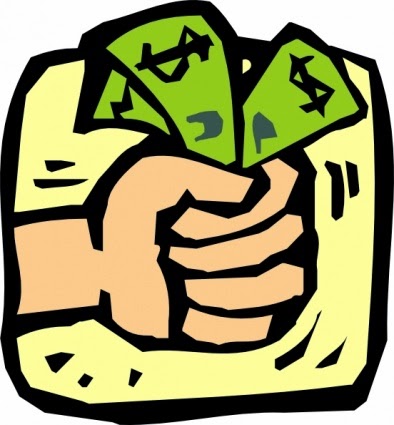 Now I understand that the table of tax percentage is merely a stab in the right direction of a fair distribution of taxes.  But the idea behind it all - that everyone pays the same amount of tax for the same money earned - is an equitable division of tax burden.  No one who lives in poverty and makes less than the poverty line needs to pay taxes - they need to save money and get training to get a better job.  But someone who makes millions of dollar per year can easily afford to pay more.  Plus, this method of taxation reduces the amount the IRS needs to spend, lowering the federal budget.