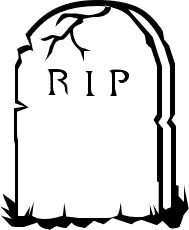 I must have written this post a dozen times, but each time I deleted it because it didn't quite fit what I want to say.  So I apologize for the lateness.

Every Memorial Day, I feel a bit strange about the whole picnic and pool party scene.  I like going to hang out with friends as much as the next person, but I feel conflicted about our country's current military situation.  We are in wars that are based on lies and prejudices; our politicians seem poised on the verge of getting us into more military conflicts; veterans affairs does not have enough resources to help our current set of veterans, nevertheless those waiting for a discharge.

The problem is that while I support the men and women who volunteer to protect our country, I don't think our country supports them enough.  I understand the need for a military (though I think we as humans can overcome this need, but that's a different conversation), and I understand the need to show strength on the world stage.  But every time we engage in a military conflict, be it a "police action" or war, our soldiers get hurt.  Some get hurt physically; most sustain emotional and mental damage.  According to leading psychological theory, the training our soldiers go through does make them feel as a unit, as if everyone in their branch is a brother or sister.  The upside of this training - cohesive forces.  The downside - everyone feels guilt/stress if someone gets hurt.

This guilt or stress, known as post-traumatic stress disorder (PTSD), manifests as anger or depression.  It manifests suicide, domestic violence, and public outbursts.  Veteran Affairs calculated that about 22 veterans commit suicide every day.  The rates for domestic violence in relationships with a veteran are at least three times that of the general public. About two months ago, someone uploaded this video, showing a very angry man kicking the door of a minivan and using vulgarities.  He's a Marine at a local base who served in the Middle East.  Last December, a drunk Marine verbally and physically attacked a taxi driver.

I know that some out there will think that these men represent the outliers.  But to date, approximately 48,000 to 49,000 soldiers have been either wounded or killed since 2001 in Iraq and Afghanistan. During that same period, Veteran Affairs diagnosed over 200,000 soldiers with PTSD.  The problem is so large that the VA created a specialized website with information for returning soldiers and their families.

The point here is that war is more than numbers, weapons, and political statements.  War fundamentally changes those who fight in it, those who participate in any part of it. Even people who look whole on the outside are changed on the inside.  If we want to honor those who died for our country, we need to ensure that we value the lives of those men and women now standing on the line, and not engage in avoidable conflicts.