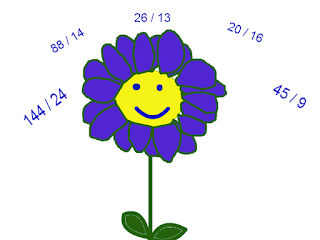 Earlier this week, there were several headlines proclaiming that "Plants Do Maths" because of some recently published research.  Always curious, I read a few articles before getting a bit frustrated because of the lack of explanation.  How do plants perform math?  And what math are they talking about?

I did a bit more research, and found the answer explained in paragraph of text.  Sigh.  Math is not English, folks.  That's why the words look nothing alike.  So without further ado, here's the formula that plants use:

The really cool thing here is that plants have a biological process that continually and dynamically calculates the rate of growth.  Scientists tried to trick the plants by faking early night and introducing an hour or two of sunlight in the middle of the night.  But the plants adjusted their growth to the conditions.

The implications of this finding is a bit overwhelming.  How many other living creatures uses math in their biological processes to regulate the consumption of food or other important tasks?  And can we use this knowledge to understand human biology better? 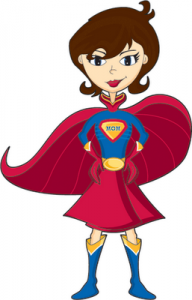 The kick-butt story of the week comes from Texas.  Dorothy Baker, a mother of six, took two of her kids shopping last week.  After exiting a CVS and driving away, a man pops out from the back of the minivan and demands money.  Here's where the story gets a bit confusing, because the news articles I read state slightly different accounts.  But what everyone agrees on is:


Let that soak in a minute - she ran him over with her minivan.

Dude, when I grow up, I want to be like Dorothy Baker.  It doesn't matter that the man is a convicted rapist; in fact who this man is is irrelevant.  What matters is Dorothy Baker protected her kids and those around her.

So here's a huge hat tip to Dorothy Baker.  If you ever make it to Atlanta, I will buy you a cup of coffee.