Welcome to this Friday's edition of Freaky News!  Today we have:

In a show of common sense, the Boston School Committee voted unanimously to hand out free condoms in their 17 high schools.  A student needs to ask and attend a quick talk about safe sex. Then the condoms will flow!

I love that the school board is trying a logical, practical approach to lowering teenage pregnancy rates as well as the rates of STDs. I know that some people worry that providing condoms will increase teenage sex, but I have never read anything that supports this speculation.  Just the opposite, there is evidence that condom availability only influences whether or not a teen uses one (Guttmacher S, Lieberman L, Ward D, et al. Condom availability in New York City public high schools: relationships to condom use and sexual behavior. Am J Public Health 1997; 87:1427- 1433.)

In 2003, the US government attempted to remove funding for organizations that operate overseas but do not have blanket policies against prostitution and sex trafficking.  When I first heard about this law, I naively thought it sounded good.  But organizations such as Pathfinders International objected to the law, and they sued the government.  The case bounced around our court system, with the law never becoming enacted.  Now that the Supreme Court rejected the law, it will never be enacted.

My question was - why?   What's wrong with an organization that objects to sex trafficking?

The answer?  Because these organizations are trying to reach out to everyone and stop the spread of HIV/AIDS, and if they are forced to denounce prostitution and sex trafficking they will be limited in the good that they do.  As you can see in this chart, HIV/AIDS is still a worldwide epidemic.  We need to educate people about condoms and safe sex if we want to end this problem once and for all.

The governor of North Carolina signed a law that repeals the Racial Justice Act.  I've read many articles that presume the governor wants to restart executing people in North Carolina, and that this is the first step towards that goal.

I feel torn about this act.  On one hand, our current criminal justice system is demonstrably biased against non-white people.  The Michigan State University College of Law even did a study on how North  Carolina and the racial bias present in charging, jury selection, and sentencing stages of a trial.  Racial discrimination is a fact in North Carolina's legal system.

But I do not think that the Racial Justice Act truly provided any "justice".  First off, a person had to be on death row.  What about all the people who are serving long sentence terms unjustly?  Second, instead of giving a person a retrial, the act merely changed a death sentence to life in prison.  In the end, I feel the law tried to sweep the problem under the carpet by moving someone from a more visible position to anonymity in the general population.

What North Carolina needs is a new way to deal with racial bias, a way the frees innocent men and women while making it harder for an innocent person to get sent to prison in the first place.  For as Sir William Blackstone said: 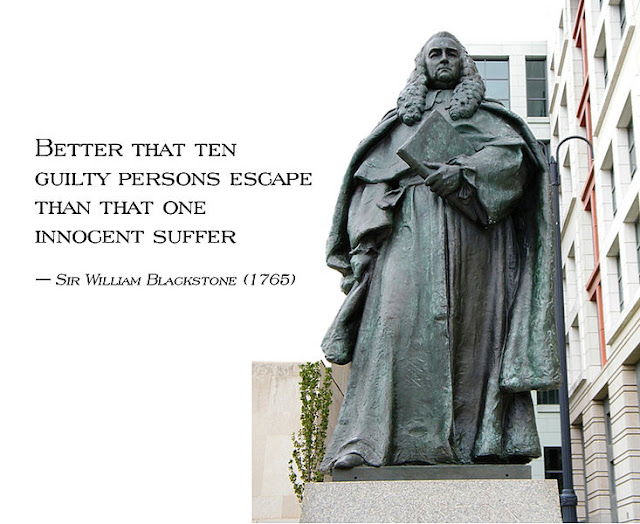 Researchers published a study this week finding that the HPV vaccine has cut the number of infected people by 56% in the four short years since its introduction to the general public.  This high number comes even though this vaccine has not been received well.

I find this news encouraging, because the transmission of HPV is preventable.  I know this vaccine will not eradicate cancer in the uterus, mouth, or throat.  But we as a society can greatly reduce these types of cancer.  So here's to science getting it done.
Posted by Katfrog at 6/21/2013 04:15:00 PM