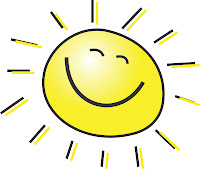 After a week of bombings, media stupidity, political propagandizing, and  an enormous explosion, I decided that I needed to look at the funnier side of life.  Or at least less grime.  So, here's Freaky Friday News!!

Do You Believe in Bigfoot???
Or do you have "irrefutable" proof?  Is so, then Olympia Beer wants to hear from you.

In a new marketing campaign, Olympia Beer set up a contest with a grand prize of $1 million (given in 40 year installments of $25,000) to whomever can produce irrefutable proof of the Northwest's favorite furry monster.

This makes me wonder if there's something in the water.  First, the Gates Foundation announces a contest to design a new condom.  Now a beer company from Wisconsin wants people to find Bigfoot.  What's next?  An oil company willing to pay for a televised interview with Mother Nature?

The twist to this story?  The Montana Supreme Court declared the felony law against gay sex as unconstitutional 16 years ago, meaning that no one enforced this law since 1997.  But each time a bill came up to remove said law from the books, the legislative branch of Montana rejected it.  Now, common sense has won out and the rest will soon be history.

Another Step on the Evolutionary Trail...
Literally.  Scientists discovered that part of the genome of the coelacanth (pictured above) contains a DNA sequence that encourages limb development.  That's right, folks, a clue as to how fish developed legs and arms.

We thought the coelacanth died out 70 millions years ago, until a Japanese fisherman found one in his net in 1938.  Now we know that this fish lives about 500 feet underwater, feeding on both surface dwellers and deeper-dwelling fish.  But speculation holds that coelacanth lived in brooks and ponds millions of years ago,  and might be one of the first fish to walk on land.