It's been awhile, but here is your Freaky Friday News for the first day of March. 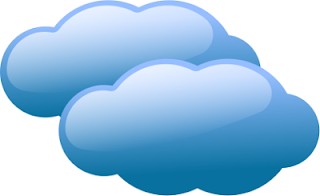 In a manner similar to last year, Microsoft's cloud service, Azure, went down about two weeks ago, all its services off-line in a most peculiar way.  But while the cause for last year's outage was simple carelessness on Microsoft's part... who am I kidding?  They were careless again.

And this month will be no better, as the EU announced that they will be fining Microsoft for not following a court order to provide their European customer a screen to choose which web browser they want to use.  There has been no announcement as to the amount of the fine, but it can be up to 9 billion dollars, an amount even Microsoft won't sneeze at.

Yes, today a security company, FireEye, announced that they found yet another previously unknown bug in Java that is also currently being exploited using to take over your computer.  This bug effects the latest and greatest versions of Java, so even those who through their constant vigilance maintain the absolutely most current code still are vulnerable to this particular abuse.

Once again, I beg you to disable Java in your web browser.  If you need instructions, simply read my other post and save yourself!  Save your computer!!  And possibly save the world. 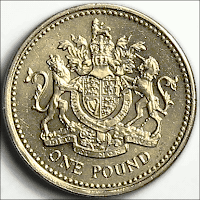 I wonder about our news sources when a five year old boy making a simple mistake gets so much attention.  This child, who I am neither naming nor linking to anything with his name in it, asked his parents' permission to download and play a free game on their iPad.  The parents, busy entertaining guests, unlocked the iPad and then left the boy to his own devices.  Innocently, the boy began to play his game, and followed the in-game prompts to buy add-ons that make the game more fun.

The mother discovered this expenditure the next day, freaked out, blamed the boy (who cried and cried and was told to hide before his father got home), and then tried to get Apple to refund the money.  After three days of back and forth, Apple refunded their money.

But here's the part that rubs me wrong.  Apple and the iPad have built in features that allow parents to disable in-app purchases.  You can easily find the information by googling for "iPad parental controls", then clicking on either the official Apple support page or an even more detailed description on how to enable parental restrictions on About.com.

So essentially the boy did not make a mistake; his parents did.  Only they blamed him for the purchases and Apple for allowing it to happen.

And if that wasn't enough, the parents gave an interview to a British newspaper about the whole incident, publicly embarrassing and humiliating their son by blaming him for their carelessness.  They even provided a picture of him looking distraught.

What kind of selfish, moronic, thoughtless, self-aggrandizing egomaniac sidesteps their responsibility for their own mistakes by publicly reprimanding their own child for those same mistakes?