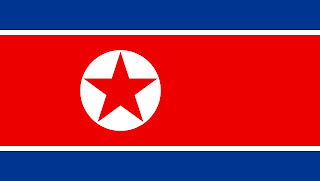 With all the rhetoric flying around about North Korea these days, I think it's time to look at more than just our side of the story.  So, playing devil's advocate, I now throw my support behind North Korea and their efforts to be a nuclear nation.

For the past fifty years, North Korea survived in the shadow of tens of thousands of American military units in South Korea, including about 30,000 troops right now.  Instead of a peace treaty, North Korea settled for an armistice even though the people there want a real peace treaty.  When they try to advance themselves technologically to protect themselves from the aggressive language and gestures of the West, the US uses the UN as a newspaper to hit North Korea on the head, like an errant puppy.

The United States has detonated over 1,000 nuclear bombs, but then has hissy fits when North Korea detonates three.  The United States invaded Iran with no provocation, creating the rumors of weapons of mass destruction to justify the illegal invasion, then proceeded destroy the Iraqi infrastructure.  Over 100,000 Iraqi civilians died in the invasion, and there were no weapons of mass destruction.  After 10 years, the country still has not recovered.   Now the US harangues North Korea about their way of life and their nuclear ambitions, going so far as both questioning the stability of the current leader while increasing their military presence in South Korea.

And you wonder why North Korea sees the US as an active threat?

The answer to this situation lies in the United States treating North Korea with respect, letting them become a nuclear nation and fostering relations built on economics and trust.  When North Korea's economy depends on trade and outside countries, they will be less and less motivated to begin military actions and more motivated to continue economic relations.  But someone needs to make the first move towards peace.