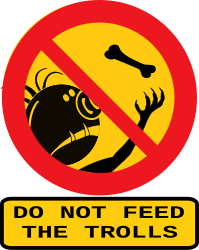 With the passing of Hurricane Sandy, both in real life and online, a new problem rears its ugly head: the lies spread by anonymous people, and the lifting of their anonymity.

In other words, some jerk maliciously spread lies during the hurricane, thinking he would remain anonymous behind his Twitter handle, @ComfortablySmug.  But someone discovered his real name and wrote about it.  Now the man has quit his job as the campaign manager for a New York congressional candidate and apologized online for his behavior.

Some people think ComfortablySmug should be protected by the First Amendment, and that no one should have outed his name.  Other people want to know why (a reasonable question, in my opinion), and think that ComfortablySmug should be charged for any damage he did.  Either way, the question remains - how do free speech, anonymity  and the Internet go together these days?

For instance, ViolentAcrez was a Reddit user who likes looking at very young woman (16 or 17), likes incest,  promotes violence against women, and made a name for himself as a creepy old man Internet troll.  A journalist for Gawker figured out that ViolentAcrez is really Michael Brutsch, a 49-year-old software programmer in Texas with kids.  Since being outed, Mr. Brutsch lost his job.

Now, I personally think that Michael Brutsch deserves whatever he gets, because he spent a lot of time combing through Facebook and other places to find pictures of teenage girls and then repost them without getting permission.  He also started a subreddits called Rapebait, Choke a Bitch, Rape Jokes, and Pics of Dead Kids.

But after Gawker outed Brutsch, several Reddit users called foul, claiming that somehow Brutsch's activities fell under Free Speech.  Well, if Brutsch is covered by Free Speech, so is the article outing him.

Yet, ViolentAcrez and ComfortablySmug are the extreme cases of a person using the anonymity provided by the Internet in a way to do harm.  What about the moderate cases?  What if someone wants to complain about a boss at work, but doesn't want to get fired?  What is a student doesn't like a teacher, but feels scared to air his or her feelings?

When does being anonymous help a person and/or society, and when does it allow for criminals and miscreants to do harm?