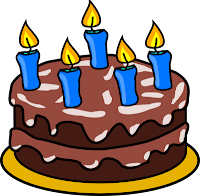 Five years ago today, November 5, 2007, the Open Handset Alliance announced their goal of creating a new software platform for mobile devices - including an operating system, middleware, and applications - that would enhance the user experience (for those of us who remember, until then getting a tooth drilled out was about as much fun as using a mobile phone).  The name for the operating system was... wait for it... Android!!!  Yeah - welcome to the world, you cute, green robot!!!

Just shy of a year later, September  23, 2008 to be exact, the first Android devices appeared on the market.  Approximately 700,000 Androids sold from September to December of 2008.  The next two years, you grew up, as the number of Android sold increased an order of magnitude every year, until by the end of 2010 over 78.8 million Android devices had been sold worldwide.

But then, dear Android, you really took off.  In 2011, 243.4 million Android devices sold worldwide, taking yourself from the position of cute underdog to solidly the Top Dog on the mobile market.  Last week, IDC released the numbers for third quarter, 2012.  And you know what?  You did it again, Android, taking 75% of the smart phone market.  That means of the 181.1 million phones shipped from July 1, 2012 to September 30, 2012, 136 million were Android phones.  The runner-up was Apple iPhones, with a decent 15% of the market (26.9 million).

Overall, 658.8 million Android smart phones have sold from that fateful day in 2008 until now - over half a billion devices worldwide!

So congratulations, Android, on your rise to the top.  I hope the next five years are even more entertaining and fun that the past five years have been.

Footnote:  The Open Handset Alliance is made of 84 corporations and institutes related to mobile devices, from carriers to manufacturers to software companies.  Click here for a list of the members.

I got my data from IDC, the International Data Corporation.  The IDC tracks sales statistics to get an accurate picture of the worldwide marketplace.  I've included a tracker from IDC that graphically shows the dominance of Android over the smart phone market.  For more information, please read this article.